All You Need to Know About Blue Meanies Mushrooms 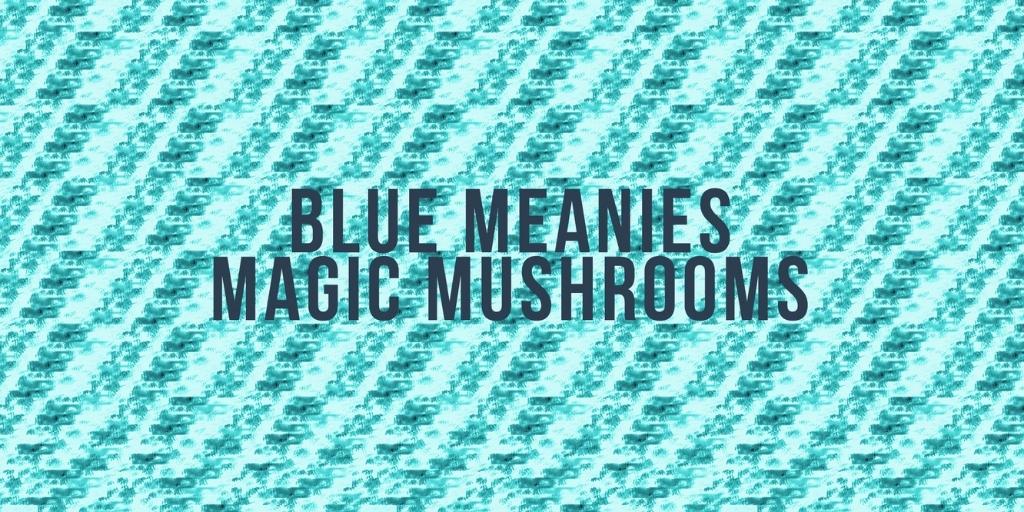 When most of us think about magic mushrooms, we are likely picturing the species Psilocybe cubensis. These tend to be among the most commonly cultivated mushrooms because they’re relatively easy to grow indoors. Because of the ease of cultivation, there are now 60 strains, maybe more, of psilocybe cubensis; some of the most popular mushrooms include Blue Meanies, Golden Teachers, Penis Envy, B+, and Pink Buffalo.

It’s important to distinguish between these two species because of the potency. The panaeolus cyanescens species of Blue Meanies mushrooms are much more potent.

Here we are talking about the Blue Meanie P. cubensis strain.

What is a Blue Meanie Mushroom?

The magic mushroom strain Blue Meanie of the species P. cubensis is thought to have originated from Australia. It’s named for the vivid blue bruising that appears when the fruiting body is handled.

While all magic mushrooms will turn slightly blue from being handled (i.e. bruised or damaged somewhat), this is more prevalent with the Blue Meanies strain due to the high psilocybin content.

Visually, these shrooms have relatively large fruiting bodies with thick, dense stems and caps that mature from golden brown to light yellow and with pronounced remnants of universal veil on top (spots).

Blue Meanies mushrooms are considered one of the most potent P. cubensis strains.

After consumption, it will take approximately 45 minutes to an hour to feel the effects, and the experience will last between 4 and 8 hours.

The differences between mushroom strains and species have yet to be studied clinically because clinical studies on magic mushrooms are preliminary and focus on psilocybin, not the whole mushroom. Despite this, users and mushroom experts have recorded their experience with various species.

What are people saying about them?

Despite the name, Blue Meanies, they don’t have a ‘mean’ effect. They’re associated with feelings of euphoria and often intense visuals.

The intensity of the visuals depends on the dose as with other strains of mushrooms. However, many people on reddit note an intense psychedelic experience at between 1 and 1.5g. They describe the experience with Blue Meanies mushrooms to be full of giggles as they’re coming up and intense staring at the sky or other visuals during the peak of the experience.

Some dosage calculators can help you determine the best starting dose for magic mushrooms; however, they don’t take strain into account.

If you’re experienced with magic mushrooms and trying Blue Meanies for the first time, there are two things to consider when determining the dose.

When considering the dose for magic mushrooms, there are a lot of things to take into consideration.

The first is your goals. Are you seeking a microdose? Are you looking for the full hallucinogenic effects with visuals? Something in between? A conservative hallucinogenic dose to try out the strain?

The second thing to consider is experience or tolerance level. However, we always recommend starting with a small dose if you’re new to magic mushrooms or trying a different strain.

And, of course, like any other hallucinogens, they can impact people differently based on tolerance, body size, and other factors.

Ready to give Blue Meanies a try? You can purchase them here in 1g, 7g, 14g and 28g quantities.

Not sure they’re are right for you? Check out some of the other strains in our online dispensary or learn more about magic mushrooms on our blog.